Kingsley Plantation: (Learn from our past) 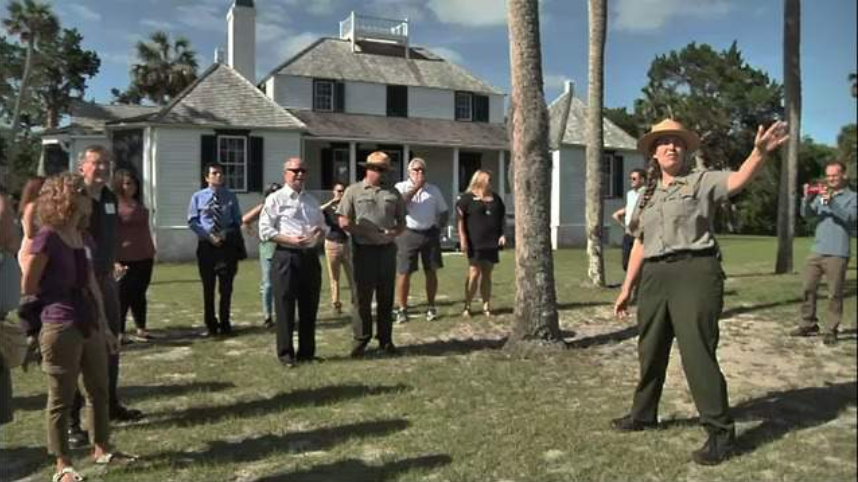 Kingsley Plantation on Fort George Island is between Fernandina and Jacksonville Beaches not far from the ferry across the St. John’s River. Now part of the National Park Service, the site includes the original plantation house, a kitchen house, a barn, and the ruins of 25 of the original slave cabins.

The plantation was named for one of several plantation owners, Zephaniah Kingsley, who operated the property from 1813-1839. Kingsley operated under a “task” system, which allowed slaves to work at a craft or tend their own gardens once the specified task for the day was completed. Proceeds from the sale of produce or craft items were usually kept by the slaves.

Purchased as a slave, Kingsley’s wife, Anna Madgigine Jai, was freed in 1811. She was active in plantation management and became a successful business woman owning her own property.

As an American territory, Florida passed laws that discriminated against free blacks and placed harsh restrictions on African slaves. This prompted Kingsley to move his family, impacted by these laws, to Haiti, now the Dominican Republic, where descendants of Anna and Zephaniah live today.

Although I visited Kingsley a lot during my time at Jacksonbille Beach and have returned often since then, I pirated a lot of this text verbatim from the website of the Jacksonville Kayak Company. Therefor I suggest you call them when in the area. Paddle a big canoe past the picturesque dunes and marshes of the Timucuan Preserve to the dock at Kingsley Plantation and enjoy a picnic while exploring this 19th century Florida plantation.