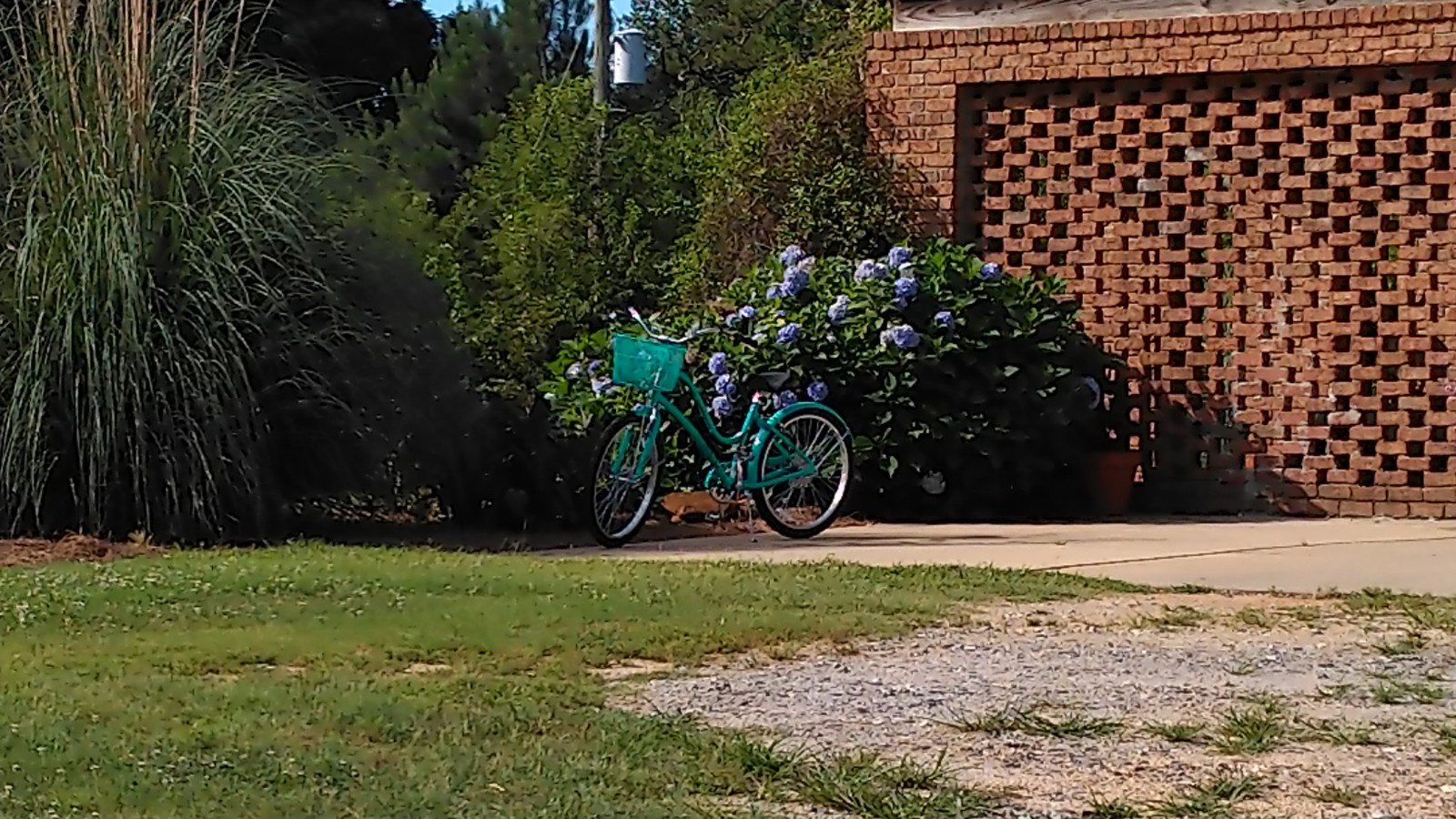 Her real name isn’t Marianne but the poor thing’s a school teacher out here and probably shouldn’t be affiliated with “that guy who wrote that book.” Consequently, here and on Facebook, etc. I use the name I gave her in Blue Rubber Pool to protect her identity: Marianne, after Dawn Well’s character Mary Anne in Gilligan’s Island. Why? Because the day we met she reminded me so much of Mary Anne. And because after meeting her I became marooned out here in the South Carolina boonies—miles from the ocean, miles from sailing, miles from the rest of the world. But I digress…

I thought she’d enjoy an e-bike like mine but, no, she wanted a regular one. This one. Because she liked the color and the basket. I frequently debate the downsize of choosing form over function . All around us at Pineapple Hill, our beach house in a cow pasture, is evidence of losing that discussion. If Marianne likes a certain color, that’s what we’re getting. The color. Not the thing in terms of its purpose.

It’s a pretty picture though. Nice enough to squeeze a little value from as an asset to this web site.

So there’s that at least.