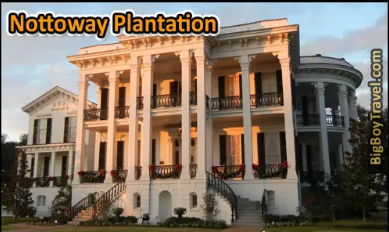 Different marinas have different sounds at night. Down below and forward in the vee berth, a fast running tide divided at the bow sends water gurgling by on both sides of you, and sometimes a bit of debris bumps along as it passes. If the air is warm and stale and  you’ve opened every hatch and porthole to encourage even the slightest breeze, all the sounds of a new place are let in too. They come alive when the sun is down. They come out like nosy cats –lurking, sniffing, looking in—curious about your boat and you. You hear them walking all around –on the docks and then on deck.

The path to restful sleep becomes lost in the symphony of boat slips at night.

Eventually, you give up wanting sleep and go topsides to walk the docks under the stars. You observe the culprit fenders (“bump-bump …bumpity-bump-bump-bump”) and the loose halyards (“slappity-slap-slap” against a metal mast) and then, a few boats further down, a handsome wooden dinghy tapping against a not-so-handsome wooden ketch.

Welcome to the neighborhood, a foreign place of familiar habits.

Walking further along, accustomed to the sounds by now, you’re become more interested in sizing up the personalities of your new dock neighbors. Initially you weigh in one man’s choice of a cutter versus another’s ketch. Or a pilothouse canoe stern versus center cockpit or a catamaran. You look to see whether lines are neatly coiled or still lying where dropped in a madman’s heap. Rust weeping from portholes in combination with lines neatly stowed indicates the likelihood of a veteran sailor having just come in from someplace far.

As you go along (“thunk, clank, bumpity-bump-bump, slappity-slap-slap” and the tinkling wind chimes sounds of masts), you draw what conclusions you can from boat names –from what they say and also how they look –painted, stenciled or decaled– across different transom shapes.

Perhaps you have to be a boater yourself to appreciate the slightly teetering and bobbing festival along the docks, an odd, open-air cultural experience combining music, visual art and at least a bit of poetry sometimes.

What an oddly blended cocktail of tradition, play on words, sense of humor, braggadocio, hope, faith, honesty and deceit. The spirit of individuality is so brash you’d never suspect the boating crowd as being the friendly and helpful clan it truly is.

They take their name choices seriously even where it seems the opposite is more likely.

I’ve seen boat owners name their craft with far more reverence and ritual than children. ] It happens every weekend on docks all across the planet.

Sure, I’m aware of the kids named Moon Unit, Dweezil, River, Tymiracle, TKO, Fifi Trixibell and Sup. But these are too few and far between against the backdrop of boats named Wheredahelarwe, Pier Pressure, Nautibuoy, Ship For Brains, Sails Call, Vitamin Sea, Campbell’s Sloop, Don’t Panic (written upside down), Blew By You, Seas The Day, Without a Clew and To Sea Oar Knot to Sea.

One of my all time favorites: Soggy Nightmares.

Imagine calling in an emergency on your VHF radio—trying to hail the Coast Guard or any vessel within hearing and helping range—and having to identify yourself as “Ship For Brains”.

But that’s another story for another time (and, fortunately, not my story).

Today’s early morning first-cup-of-coffee think session is actually more about house names and how much fun it would be if more people participated the way boat people do.

Sure, naming houses is common at beaches and lakes. But what about everywhere else?

Why not give your house a name?

Prior to streets being named and the houses along them being numbered for “identification purposes” (making it easier for visitors and fire trucks to arrive more confidently and quickly), house names were common if not essential.

It’s a shame for the practice to have been lost in that way, blurred and buried beneath an increasingly numerically oriented world.

Do you by chance remember the song “Feel Like A Number” by Bob Seger? The part that goes:

What the world needs today is a lot more “Hey it’s me!”

It would be so much fun. First, coming up with the house names. Then making the signs to announce them. Then driving around on sunny afternoons to become acquainted with the new names and the new signs. We could make it an annual thing, a special day when new names or names changed by new owners are presented to the world.

We could all go down to the sea and shout out at the ocean.