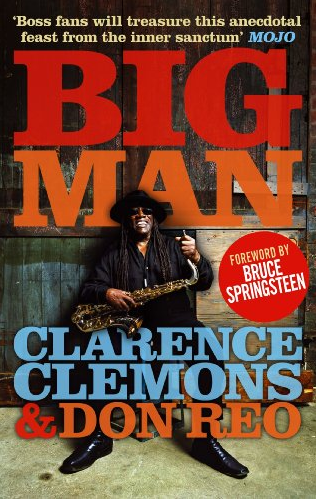 Here’s a book excerpt from the shelves at Pineapple Hill.

I finished reading Big Man, the real life and tall tales book about Clarence Clemons, the larger-than- life sax player for Bruce Springsteen and the E Street Band. It was a fun read, especially on summer mornings nursing a Bloody Mary on a pool float.

Next to Clemons’s recollection about beating Fidel Castro in a sixty-grand game of billiards, one of my favorite parts was his yarn about being in a remote cabin in Texas during a “hammer and nails” thunder storm:

There’s a knock on the door. Clarence is a tad spooked.

“You got a gun?” Clarence asked his host novelist and would-be politician Kinky Friedman.

“What good is having a gun if you don’t know where it is?” said Clarence.

The knocking on the door came again, louder.

“I think it’s under the  bed. I’ll go look,” said Kinky, starting for the bedroom.

“Forget it,” said Clarence. “We’ll use mine.” With that he took a pistol out of his jacket.

“You have a gun on you?” said Kinky, incredulous.

“I’m a black guy in rural Texas,” said Clarence. “I should have six freaking* guns on me.”