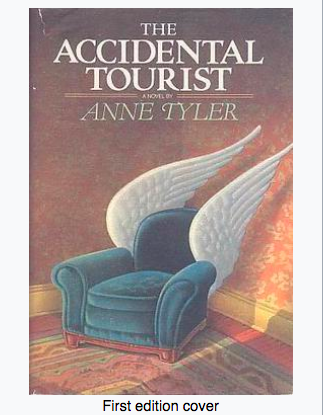 Some people require a likeable protagonist. I don’t.

In this story, the main character, Macon—a somewhat wimpy spoiled self absorbed travel writer—is in a state of limbo after the violent death of his son and its negative impact on his marriage. Then he breaks his leg and must move in with his siblings to be taken care of. It’s a quirky chaotic environment. Not at all what he’s used to. Especially when a dog trainer is hired to deal with his uncooperative pet. She’s unlike anyone he’s met (and would imagine being attracted to) but in time he finds her refreshing. I guess you can say she wakes him from the sleep he’s spent so much of his life in.

Not wanting to spoil the ending but the story becomes even more interesting when his wife comes back around.

Keep this one at the beach house or boat—it not so chick litty that guys won’t bring it with them to the hammock or vee berth.