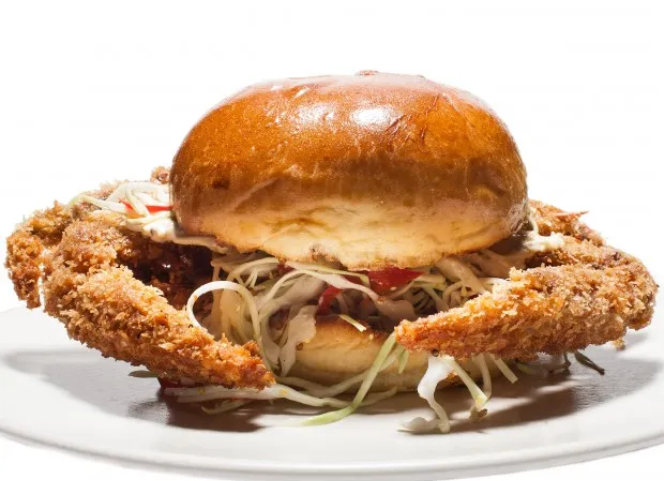 According to Wikipedia “soft-shell crab” is a culinary term for crabs that have recently molted their old exoskeleton and are still soft. Soft-shells are removed from the water as soon as they molt to prevent any hardening of their shell.[2] This means that almost the entire animal can be eaten, rather than having to shell the animal to reach the meat. The exceptions are the mouthparts, the gills and the abdominal cover, which, though edible when shells are very soft, are usually discarded (“cleaned”). The remaining, edible part of the crab is typically deep fried or sautéed. In the United States, the main species is the blue crab, Callinectes sapidus, which appears in markets from April to September.